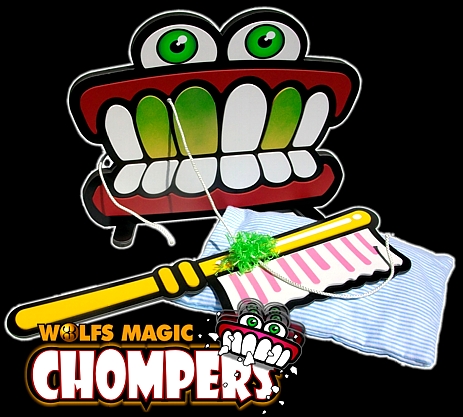 Special thanks to Beverly Atsma…
…for her wonderful work co-creating and sewing the Pillow Change Bags!

A Children’s Educational effect that will make them think twice before NOT brushing their teeth at night 🙂
We have created a new Educational effect based on Personal Hygiene which happens to be the theme for next years School Shows! “CHOMPERS” is a Multi-Phase routine with lots of magic and fun! It plays HUGE and packs VERY FLAT! We have created a Demo Video, below, which shows the basic effects. Combine the visual magic with a great Lesson in Personal Hygiene and it will be sure to be a hit with the Kids and Teachers!