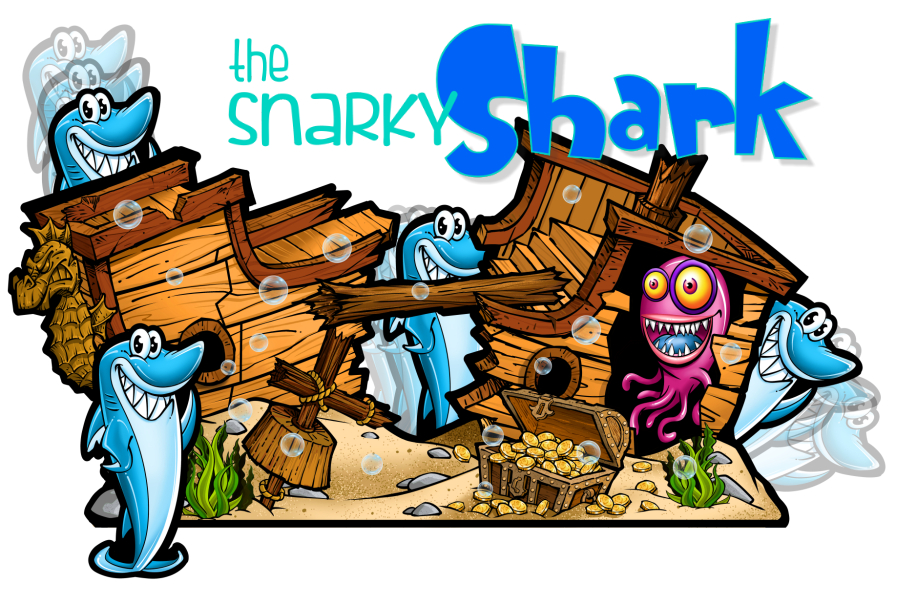 with routine input from Jimmy Vee and Arthur Atsma

The Snarky Shark is our latest rendition of the Classic “Run Wolf Run” effect! It has all the same quality and fine engineering as it’s predecessor along with a fun new theme based on what so many kids LOVE….SHARKS!!!
The Snarky shark routine begins with the Magician explaining some of the reasons why sharks are so important to the world as they help keep the entire eco-system of the ocean balanced. One of their classic traits is to scavenge…keeping the ocean clean. One of their favorite places to scavenge is in old ship wrecks. The broken ship wreck is displayed and the story continues as he explains that this ship has a CURSE on it! Anyone who is caught trying to steal the Pirates Gold will be changed into a scary looking sea creature!! The ship panel is pivoted open and a scary looking Purple Creature is seen inside the ship! He explains that he once was a normal shark but tried to steal the gold and will be cursed until he can pass the curse along to the next thief!
The panel on the other side is pivoted open to show the Snarky Shark! A bit of an OCD scavenger who must clean everything in his sight!!! The kids are told that Snarky does NOT KNOW about the CURSE and they need to warn him if they see him trying to go to the other side of the ship!!
The fun commences as the Snarky Shark runs from one side to another, peaks from the top of the ship and peaks from the other side of the ship while the kids screams of panic, laughter and uncontrolled chaos and fun!
Finally the kids are not sure where the Snarky Shark is. The right door is open. Nothing there. The left door is open. Nothing there. Then both back doors are open seeing all the way through the prop! NO SNARKY SHARK! Where could he be?? Suddenly the Snarky Shark is found in location of your choice…but now he is dressed as a PIRATE!!! Proving he was never in danger as he was not after the gold at all…just some old clothes he found…as he always wanted to be a PIRATE!!

Includes:  2 EXTRA Snarky Shark figures along with a BONUS Pirate Shark for a Snarky Ending! 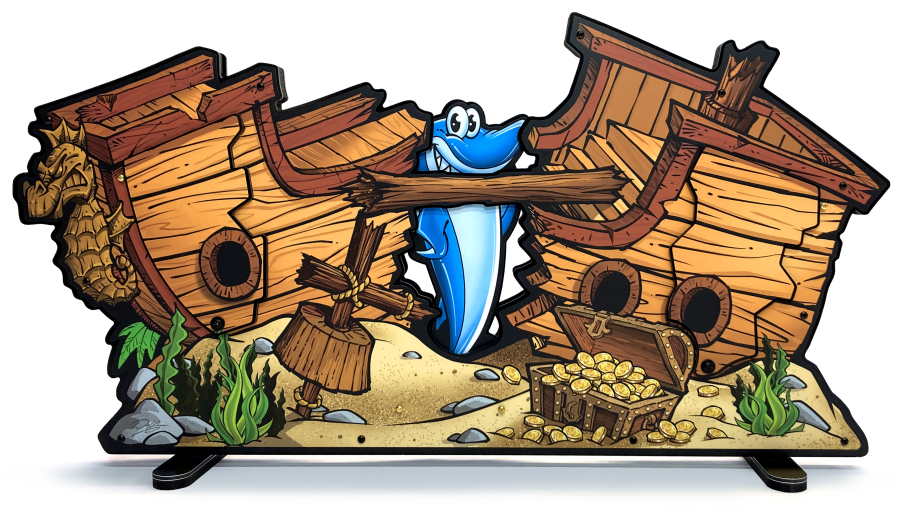 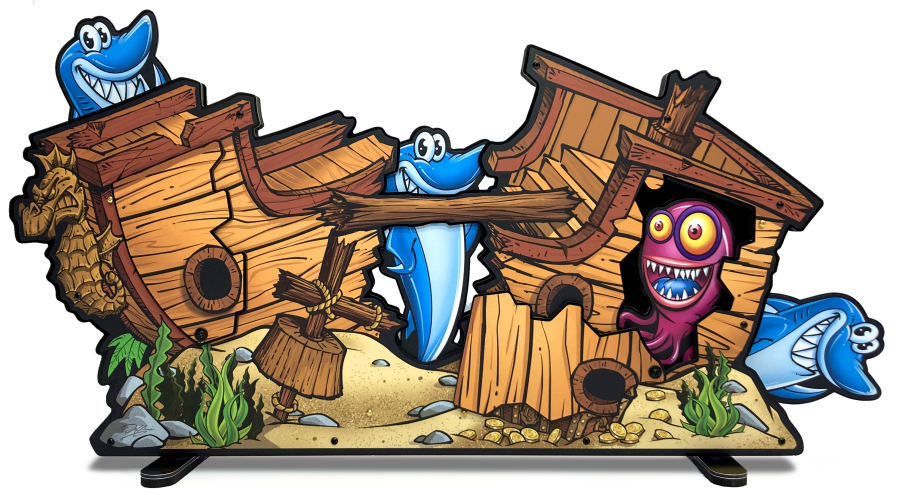 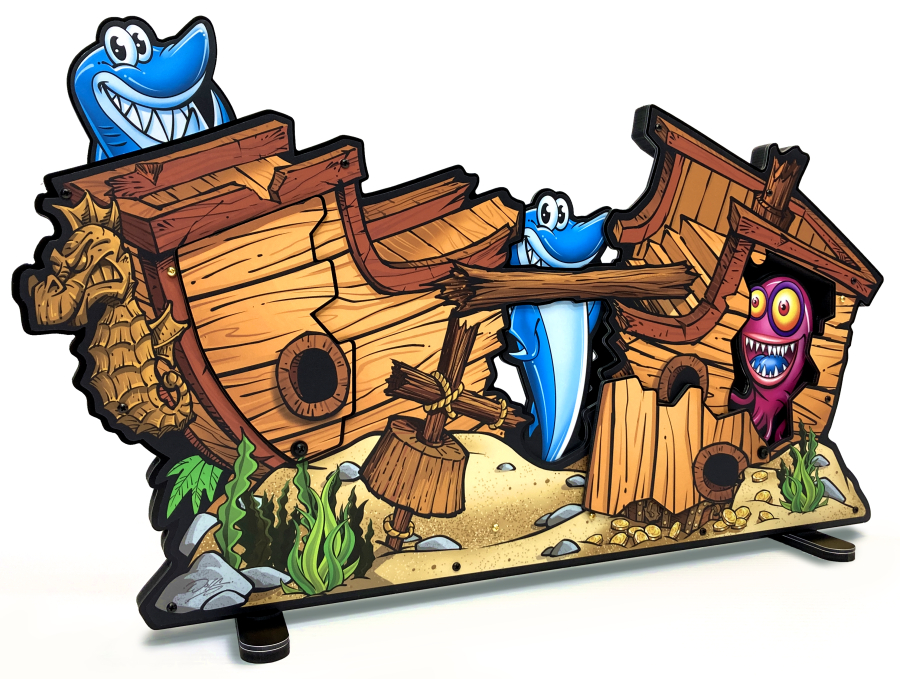 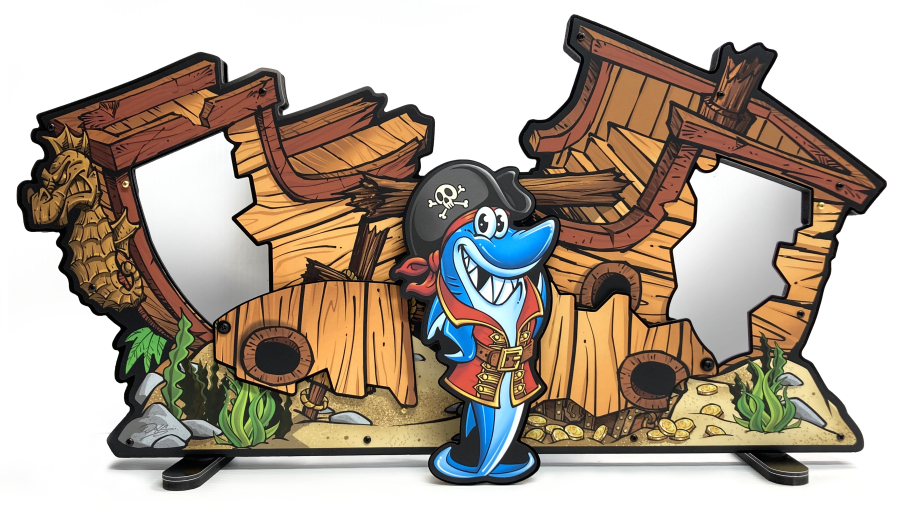 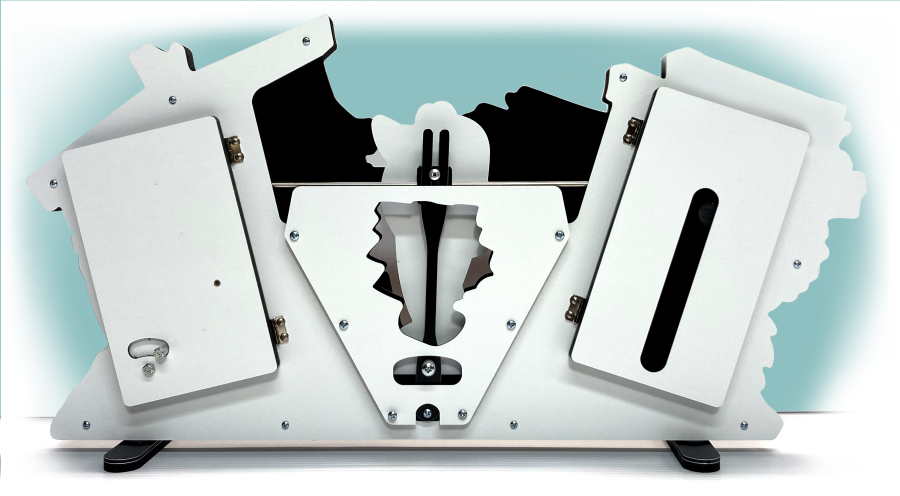 Please select the shipping option below based on destination (USA, Canada or International).  International shipping fees below do NOT include any taxes or import duties your country may impose.  International shipments may take up to 10 days to arrive. All shipments will include insurance and tracking, but please know we will NOT provide reimbursement for STOLEN delivered packages, so please track the delivery time OR request for signature upon delivery.  Please feel free to contact us with any questions.