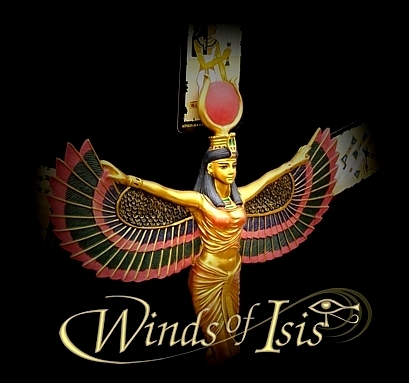 I am very proud of my latest creation “Winds of Isis”. I feel it is not only a very workable routine and effect but it also is, to say the least, a work of art. No other creation of mine has commanded my full attention on both engineering and design. The final result, I hope, speaks for itself.

The inspiration came to me as I browsed my collection of vintage magic and my eyes stopped upon the Owen Card Star. I had always liked the basic effect but the prop itself shouted “Magic Prop” and left you nowhere to go with a good routine. After months of piecing ideas together, I finally came to the conclusion of “Winds of Isis”. A beautiful piece of apparatus that looks like a contemporary Egyptian Sculpture that lends itself to a logical routine and motivation for the magical actions.

An entertaining tale, woven by Master Payne, has been provided, describing the discovery of the oldest magic trick in recorded history dating back to the days of Egypt. The tale enlightens the audience to the powers of Isis and how, when doubted, can release her wrath and prove she is the true Goddess of Magic. Rather then post the entire script, I feel it best to leave it as a surprise to those few who are fortunate enough to own this piece of magic history. The VIDEO DEMO will demonstrate the basic effects as well as brief routine points.

I must stress that, no matter how hard I try,  the Video Demo and Photos simply do not capture the overall look and effect of this piece.

The apparatus has been designed to be viewed from typical front view stage setting. 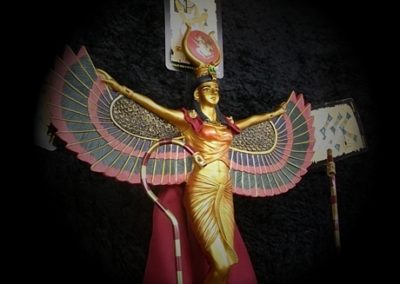 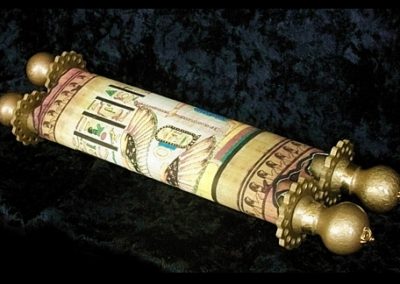 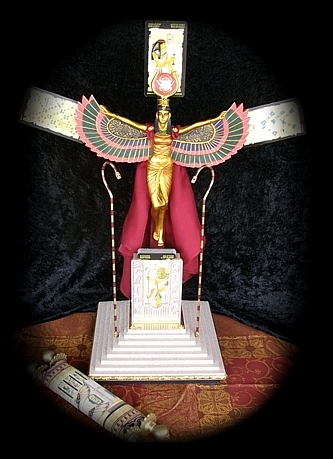 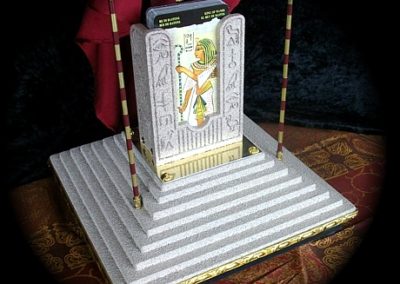