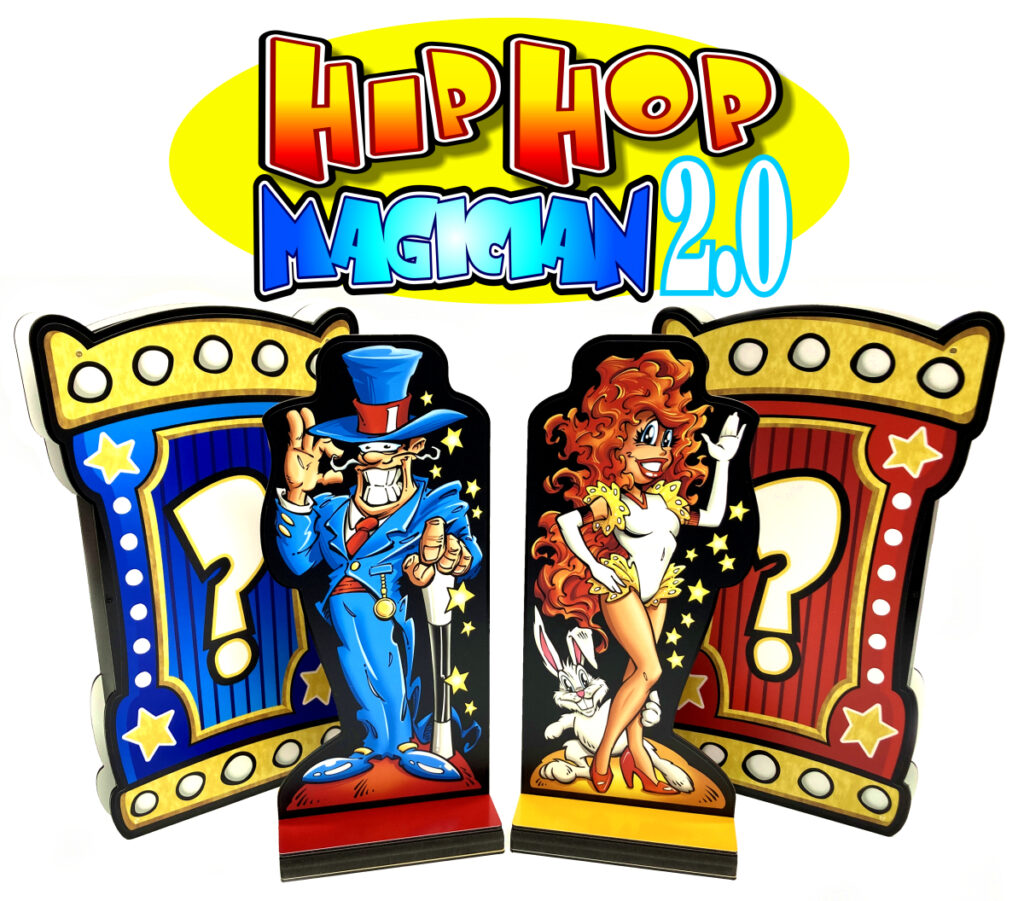 We have taken the Classic Hippity Hop Rabbits and taken it to a new level never seen! After countless hours…weeks…months of art development, we have reached our goal. The most BEAUTIFUL Hip Hop type of effect you will ever own! “The Hip Hop Magician”! We thought about making some cutbacks to speed up production, but with it being a Wacky Wolf effect, cutbacks were not an option. Instead, the Hip Hop Magician is the “Rolls Royce” of “Hippity Hop Rabbits”. All manufacturing was done IN HOUSE, including the creation of the art by Chance Wolf. Each piece is truly a work of art and must be seen to be fully appreciated. We have attached a few pics of the set.
The effect:
Our version of the Classic “Hippity Hop Rabbits” however this routine actually MAKES SENSE as it features a Magician and his lovely Assistant magically trading places in Magic Cabinets ( finally a real reason to use the Tubes! ) but that is not all!! We have added a KICKER ENDING that you will be sure to LOVE as the Magician and Assistant keep switching places then they are finally turned around to show the backsides and BOTH THE ASSISTANT AND MAGICIAN HAVE DISAPPEARED LEAVING ONLY A GIANT SMILING FACE OF THE BUNNY! The idea of pushing the two plaques together to create one LARGE MURAL IMAGE is the concept of my good friend Oscar Munoz. We thank him for letting us use this concept.

The NEW 2.0 features are as follows:

The Hip Hop Magician 2.0 is the next generation of our classic effect.

Every aspect has been redesigned using new materials allowing for a lighter yet stronger prop along with NEW Magnetic Shell gimmicks! No more fumbling for shells…just drop the cabinet over the character, lift up and the secret magic move is done!

The gimmick shells have been created from a Polystyrene material which is flexible and heat resistant. No more BENT shell gimmicks!

The bodies and cabinets are now made from our Dibond material which is strong yet thin and lightweight.

The artwork has been recreated by Chance with greater details and a NEW RABBIT FACE design for the big finale’!

Of course they are made using our “Bulletproof” laminated digital decals.

The overall size of the prop has been reduced by just a little allowing for easier handling than the original. 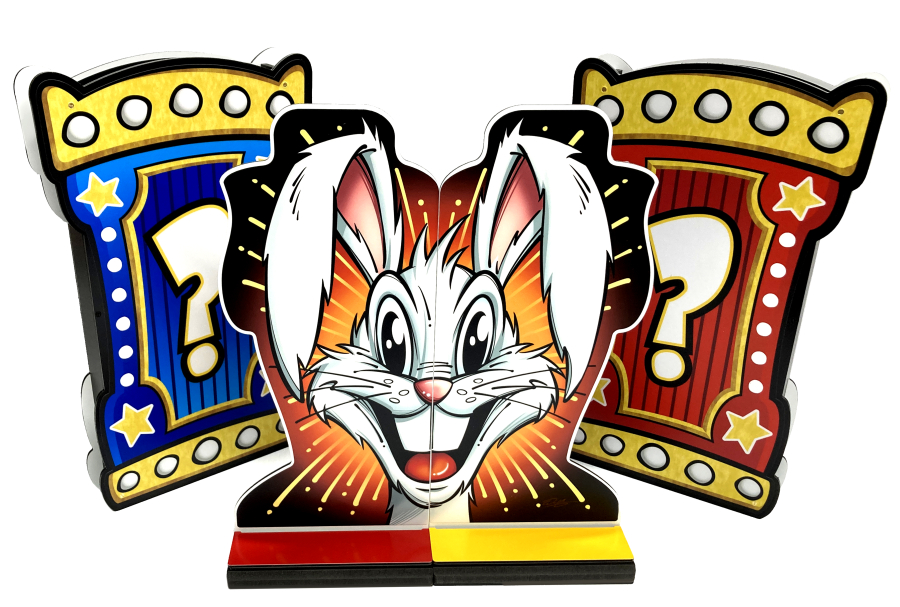